When are we going to run out of space?

So this week, I produced a short video about human population growth. In fact, I specifically asked, "When are we going to run out of space." I'm embarrassed to say though that even though I posed the question, I couldn't answer it. The reason is that it's actually a lot harder question that you'd think.


You see, I thought there would be a very simple answer. I was sure that a scientist had done some calculations that would figure out the exact carrying capacity of Earth. By "space" I was assuming that we'd be talking mostly about food. Food takes space to grow and it seems like simple math. The problem is that there are lot of variables that go into it. First, the better we get at growing food, the more people we can have. We're getting better all the time. Plus, the more people that start growing food in their yards, roofs and indoors, the more people Earth will support. But none of this takes into account the natural environment.

I'm a biologist, and the one thing I find most dear are wild places. If you stop and think about it, do we include the land in our national parks as free game for growing more food? I would say we wouldn't but in theory, it is space!

The next time you go for a drive think about all the places we could theoretically grow stuff. Everyone has yard space. Shopping centers have space. Roofs to buildings have space. The woods in neighborhoods could be chopped down and planted with food crops. Every body of water could have aquaculture. The list goes on and on. But is that what we want?

Do we really want to get better and better at using our space, just so that we can have more people on Earth? I pondered that very question last month when a friend turned their yard into a garden. Obviously a lot of hippie types advocate that we should all do that. The more I think about it though, the less I think it's something we need to promote everyone to do. I mean, it would make sense if we were then going to convert the existing cropland into forests and the human population had stopped growing. The better we get at maximizing space, the more free space we open up for population growth. Does this sound ridiculous and somewhat selfish? Probably.

The way I see it, I want to save biodiversity. I'd like nothing more than to buy up lots of land and protect it. I'll have my little house, and burn my firewood from trees that fall on the property. People might complain that I'm not using energy efficiently, but it's all carbon neutral, so I won't feel too bad. The native critters will come and go and hopefully I can create one big island in the ever growing concrete landscape. That can't be so bad, right?

To wrap this up, I'd simply like to say that I hope we don't ever really hit a number where we as a human species run out of space. I hope that we can find a way to stop growing, simply because we want to maintain a healthy lifestyle, not because we're hungry and can't grow more. That is my hope, and I'm not sure exactly what we have to do to get there. Oh well, I suppose I don't need to obsess about it too much. I've already got my little house and a bit of land. Let's see how long I can keep it that way.
Posted by Unknown at 8:24 PM No comments:

In the last few weeks I've been pretty busy. Let's see if I can make this short. First, Jonas and I spent two weeks on the Grand Canyon. Then we went skydiving for 3 days in Arizona. We followed that up by a two week snowmobile shoot in northern Michigan. While we were in Michigan though, National Geographic contacted us about a new show they were filming called the World's Weirdest.

Apparently they wanted a bunch of experts to summarize the videos onscreen. Since half of what we do is our Untamed Biodiversity stuff, I thought we fit the bill pretty well. Since Jonas, Haley and myself wer all here in Charlotte, the crew came to us. I suppose that makes the overal production the cheapest. In doing so we hooked up with the other two wildlife experts, Roland Kays and Carin Bondar. I've shot a few videos with Roland before, like this one in Kenya.

Carin is someone I've never shot with, but thought it would be fun to shoot this little short:


Carin hosts a few online web series, and is an all around cool person. She's very down to earth, and fits the biologist persona pretty well. I encourage you to follow more of what she's doing here:


If you don't already know of Carin and her work, you should check out what she's doing. Here are the best ways to follow her:
Her Web site: www.carinbondar.com
On Twitter: @drbondar
Youtube - https://www.youtube.com/user/DrBondar
Facebook - https://www.facebook.com/carin.bondar

You've been warned: http://www.youtube.com/watch?v=AUYr-Ho9B1w&feature=share&list=PLV2ITa4YAjRncXk8gjVoGg9mVbLnqdYwr
Posted by Unknown at 9:49 PM No comments:

The Grand Canyon - Trip of Lifetime

We all have bucket lists with far away places that we really want to visit. Most trips seem to come from those lists. However, I never really thought about kayaking the Grand Canyon until about two months ago when I was asked to join a trip. It turned out to be a trip of lifetime.

Jonas Stenstrom and I embarked on a trip down the 225 mile route down the canyon in February of 2013. Our task was simple, document the trip in as cool a way as we could. In truth we planned to make a few different documentaries. We were planning a video on the "Physics of Heat." We also wanted to make a few "How-to-timelapse" videos. Plus, more than ever we thought this would be a great location for our new "About Untamed Science" clip.

Here are some of the pics we snapped along the way. To see our video, subscribe to both our Untamed Science and Rob Nelson Films Youtube Channels. 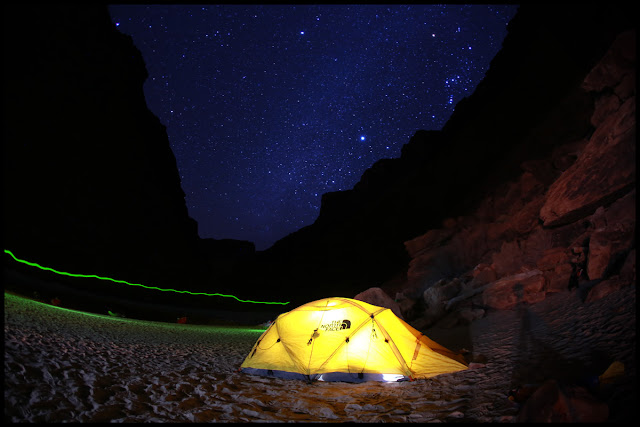 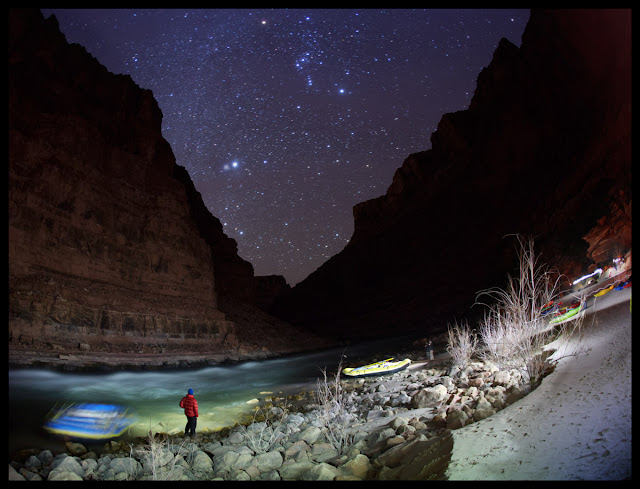 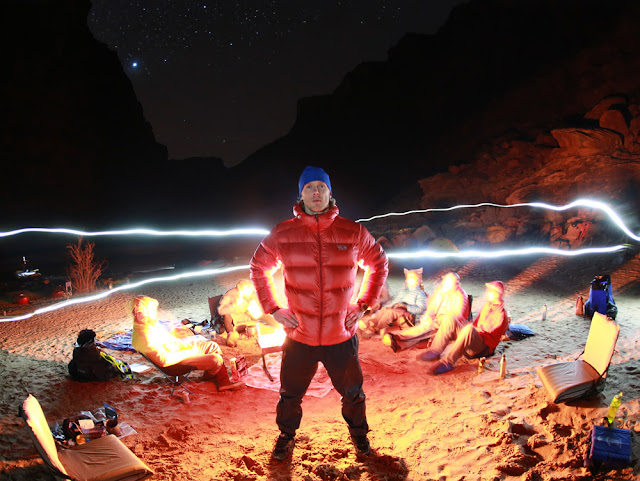 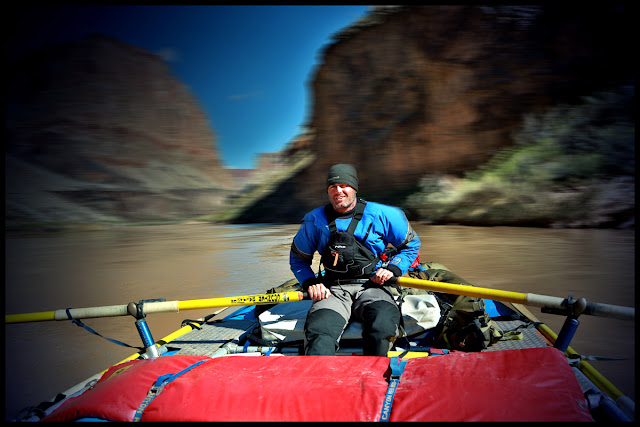 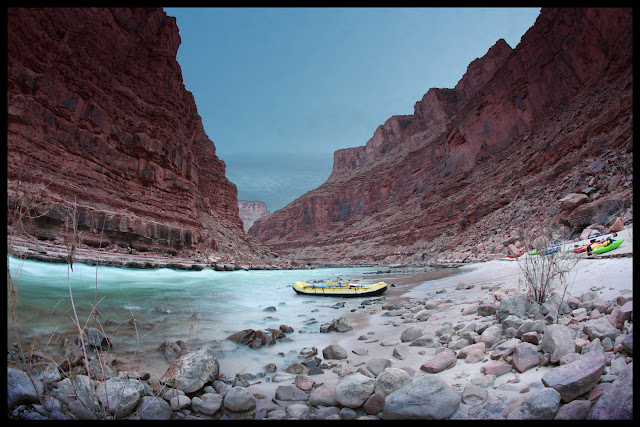 The full album can be seen here

Posted by Unknown at 3:32 AM No comments:

I don't know if you've seen the news on this or not, but scientists in the Netherlands have been successful at growing meat in the lab. They basically work in a field called tissue engineering. That field of study works to produce tissue for human transplants. Growing meat to eat is a slight deviation of that application of course. After Haley and I had a bit of a heated discussion about it, we decided to do a quick introduction to it in this week's podcast:

The story of real life zombies.

This summer, we got the chance to visit East Africa. While we were there, I found an amazing plant called zombie cucumber. It smelt really bad, and had big spiky fruits on it. I decided to look it up and found out that it is one of the ingredients used by witch doctors to make people into zombies. Think that's crazy! I did. The story was in the inspiration for this weeks video though.  It's fitting for the times in any case. 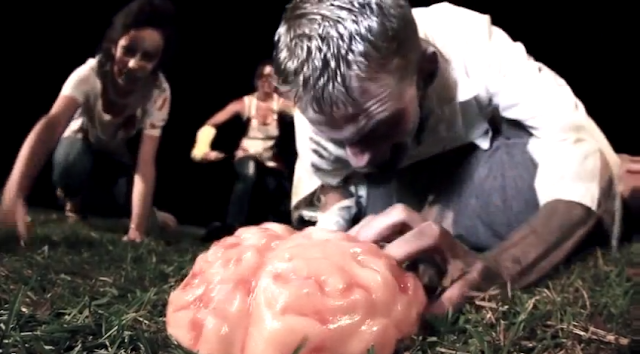 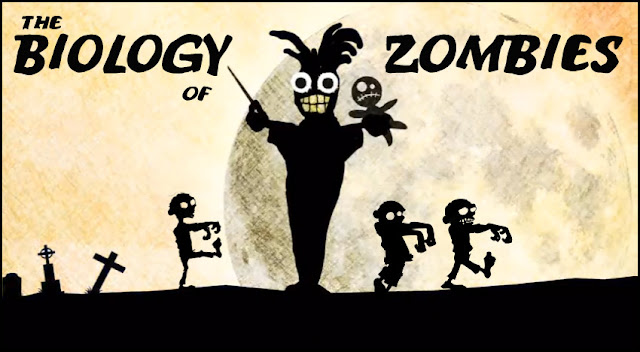 I'm not exactly sure where the decision to put the first commercial scale wave energy project off the coast of Oregon came from, but I think it's a great step in the right direction. This buoy isn't the first of it's kind, though. It's just the first to get implemented. Since I once lived in Oregon, the idea for this was near and dear to my heart. Here is my video review of the project.

Posted by Unknown at 9:25 PM No comments:

I create podcasts on a lot of different science topics. This week I was given the opportunity to create a video about anything I wanted to (within reason). I've always wanted to do a piece about monocots and dicots, but couldn't ever figure out how to make it cool. Truth is, it is a bit of a nerdy topic. Kids learn it in school though, and it's impossible to find any good videos on the topic.

Thus, I present ... our nerdy plant video of the day. I tried to show that plants really are cool.  I'm not talking this time about how they'll kill you or how you can get high. I do like those topics though. This time, it's all about the basics- monocots vs dicots. You learned it in school, but why did you learn it? It's important, that's why. If you're into plants, I think you'll like this short.


To learn more about this topic visit our monocots vs dicots page.